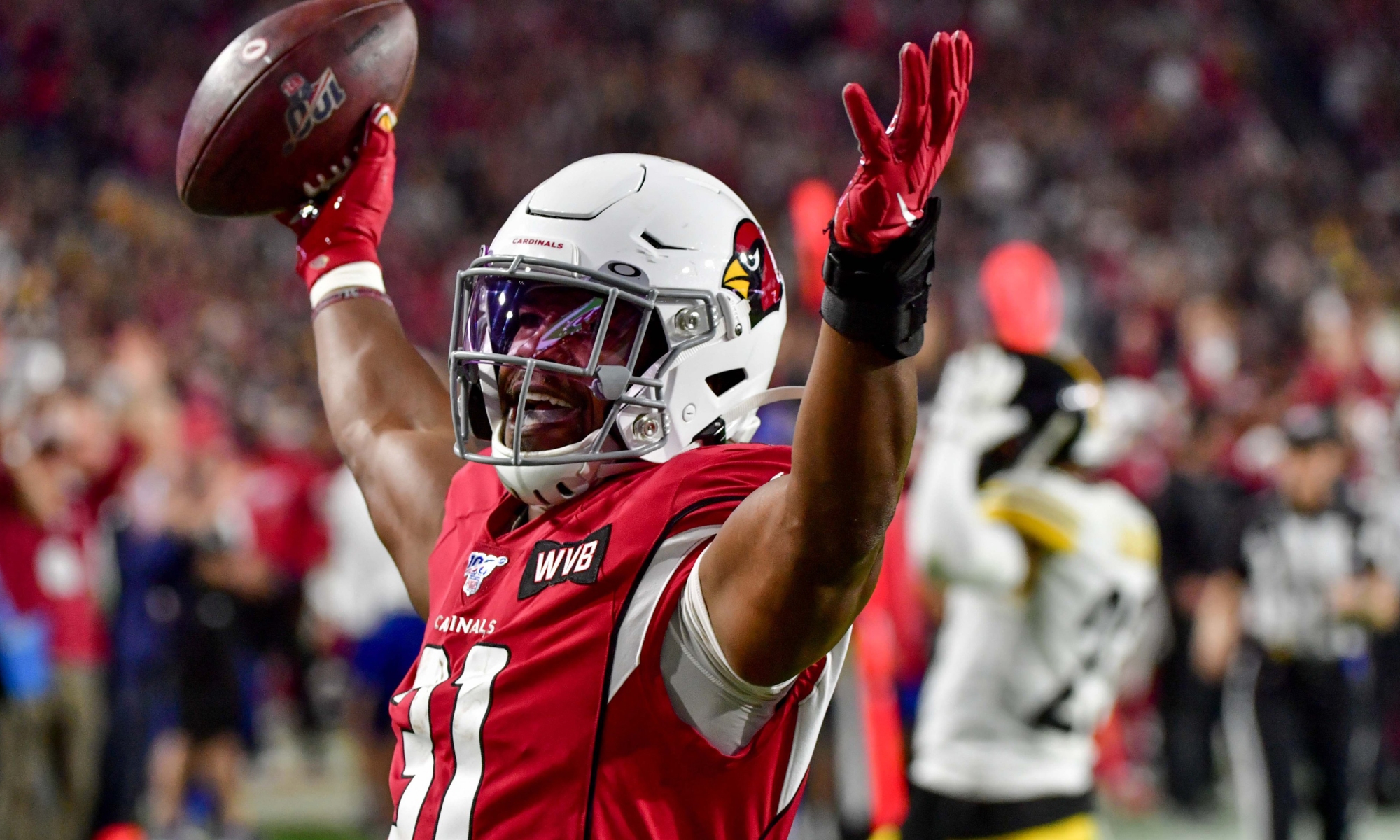 Over a week removed from the 2020 NFL Draft, a lot of the excitement and buzz from the event has settled. I’ve had time to digest who went where with some time to analyze how offences may potentially look next season.

Here’s a look at some players with average-draft positions (ADP) on the rise.

*All ADPs are retrieved from the National Fantasy Football Championships.

With the last pick in the first round, the Chiefs were in prime position to select a running back. The consensus was that whichever rookie RB the team selected would immediately vault up draft rankings. Edwards-Helaire was that guy. In NFFC drafts since the NFL Draft, Edwards-Helaire is RB15. That may start to creep lower since Kansas City GM Brett Veach said Edwards-Helaire will compete with Damien Williams for playing time, but I’m not buying what he’s selling. The team drafted an RB in Rd. 1 for a reason.

Leaving a crowded San Francisco 49ers backfield for Miami, Breida’s fantasy outlook has sizeable improved. Having to only worry about Jordan Howard on the depth chart makes Breida’s path to playing time a lot more clear. I see this likely being a dreaded running back by committee situation, where Howard handles goal-line and short-distance work while Breida operates between the 20s and on passing downs. The Dolphins not spending high draft capital on an RB also helped boost Howard’s ADP from 137.93 to 112.86.

Outside of the Chiefs, the Rams were the next-best spot for a rookie running back to land. Although it’s a bit of a crowded situation with Darrell Henderson and Malcolm Brown in Los Angeles, Akers should be able to catapult to No. 1 on the depth chart. There’s a very good chance that Akers was never able to fully showcase his abilities given how poor Florida State’s offensive line was. The Rams don’t have the best O-line either, but anything is an upgrade for the 20-year-old.

By virtue of the Texans forgoing the running backs available in the draft, Johnson’s ADP is quickly rising. Houston head coach Bill O’Brien has faced a lot of criticism for the return he received for star receiver DeAndre Hopkins. With Johnson being the main attraction arriving in Houston from the trade, it’s likely O’Brien uses the running back as much as possible to justify himself. The Texans O-line isn’t great, but Johnson should see a ridiculous workload.

Vaughn has the opportunity to enter this revamped Buccaneers offence and become the starting running back immediately. His main competition is Ronald Jones II, who’s two-years in the NFL have been uninspiring. Vaughn starred in a Vanderbilt offence which really wasn’t effective or entertaining, but he joins a Tampa Bay offence which is slated to be anything but those two things.

After Devin Singletary’s strong finish to 2019, there was lots of hype surrounding the running back heading into year two. The Bills’ selection of Moss puts a bit of a damper on his outlook, but Moss actually ended up in a solid spot for his value. With Frank Gore

The Raiders’ wanted their version of Tyreek Hill to combat the Chiefs and they got exactly that in Ruggs III. I think labelling Ruggs III as just a speedster, however, is a little lazy. He runs great routes and plays very physically. Given where Las Vegas selected him, I expect the team is going to ask him to do a lot in this offence. The Raiders don’t have the most talented bunch of receivers, so I think the upside for Ruggs III in 2020 is very high.

In NFFC drafts since the NFL Draft, Reagor features the lowest ADP of any Eagles receiver. Similarly to the Raiders, this isn’t the most impressive group of players at the position. Reagor has a legitimate chance to step in and be this offence’s WR1 immediately.

The 49ers’ first-round investment in Aiyuk means he’ll likely slot on the opposite side of Deebo Samuel. Aiyuk is extremely athletic and has an absolutely absurd catch radius. San Franciso projects to be a run-first offence in 2020, but Aiyuk should remain involved and will likely emerge as Jimmy Garoppolo’s third option in the passing game.

The Bears waited until the fifth round of the NFL Draft to select wide receiver Darryl Mooney and they just recently signed Tedd Ginn Jr. Neither player will likely cut into Miller’s role which is why his ADP has risen. With Nick Foles potentially taking over as the team’s starter, Miller could be primed for a breakout year in his third season.

Since the Cowboys selected CeeDee Lamb in the first round of the NFL Draft, Prescott has gone from being QB6 to QB3. Possessing an arsenal of options highlighted by Lamb, Amari Cooper and Michael Gallup, Prescott has all of the tools to improve from a stellar fantasy showing last season.

Being taken roughly 70 picks ahead of Tevin Coleman, Mostert is distinctly ahead of any other 49ers running back in fantasy football. A combination of Breida departing to Miami and San Francisco withholding themselves from adding yet another running back is likely the cause for this bump. Although, his ADP remains too rich for my taste.